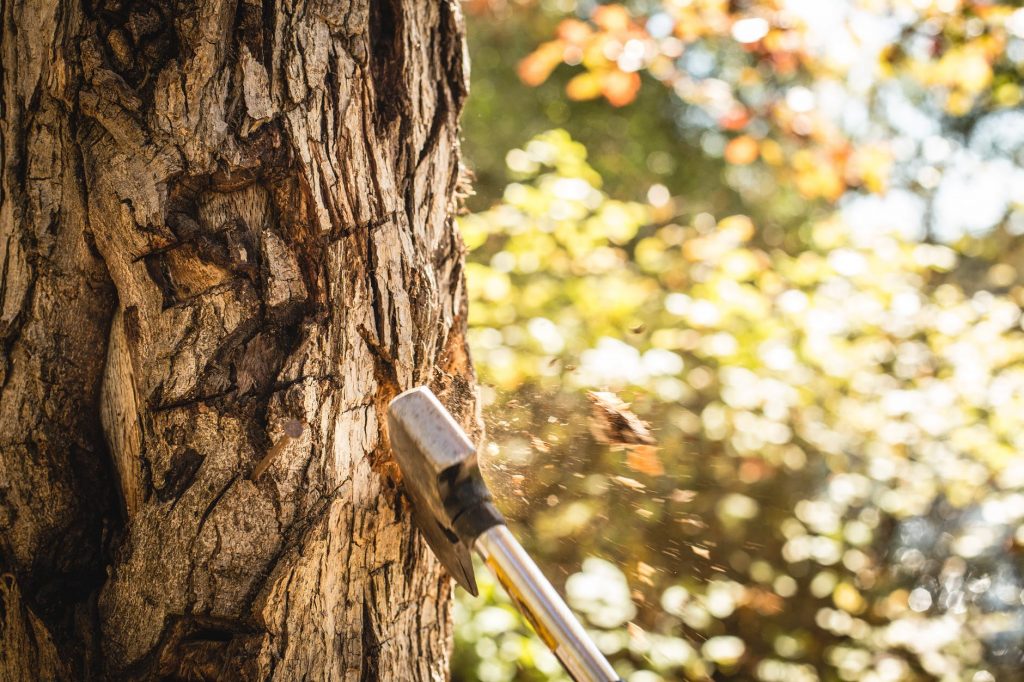 The next time you are planning your holiday itinerary or picking a hotel room to stay in before you go to Hobart, it might be worth taking a look at that the rarest pine in Tasmania.

“Lagarostrobus Franklinii“, the scientific or proper name of Huon Pine, which is not actually a pine and is the only member of its family. For those who don’t know about this Pine – it only grows on wet, temperate rainforests of South West Tasmania – on the whole planet! Averaging for just 1millimetre in girth per year, this pretty unique tree grows extremely slow. Some of them might have started their life BC, for they were discovered to have grown 2,500 years old! Moreover, they do not start to reproduce until 600 to 800 years of age, and thus you can say that this is a very special tree whose timber also has remarkable properties, as follows:

It is impervious to insects because it has a very high oil content, methyl eugenol to be precise, which renders it protected from being penetrated by insects, waterproof, and imbues it with its characteristic sappy perfume. The timber can be bent, shaped, worked and sculptured without splitting and finishes to a superbly fine luster because of the high oil content of the timber When the first cut is done, pale straw colored timber appears, and as it ages it changes to a rich honey gold. Informed tree arborists would cringe if asked to cut this beautiful piece of wood.

A Little Bit of History

The remarkable properties of the Huon Pine were discovered by the early settlers of the place. They were able to identify its potential for boat building since they saw that it is resistant to those perennial problems of the boat builder, the marine borer, and screw-worm. Then, it turned out that the timber of Huon Pine was the best boat building timber in the world and because of that, it was exploited heavily in the early days. They called this discovery “Green Gold” which has driven a huge industry based on this unique tree.

Interestingly, early in the last century, a concern for the future of these venerable giants started.

Plantation farms were taken into consideration – for even back then it was apparent that there would be no next generation of these trees to be had – but their slow growth prevented the possibility of plantation farms.

The cutting down of green Huon Pines finally halted when a consensus was created in 1970’s indicating that it was not reasonable to chop down trees that were 1000 years old. However, trees were felled and collected prior to the flooding of several valleys; a careful stockpiling operation was stared to create dams for hydroelectric schemes. Left to float unperturbed on the water until needed, these logs were tied into huge rafts. They had been practicing this for decades. When Lake Gordon was flooded in 1972, a stockpile was created, and this stockpile still supplies the majority of logs released for use each year.

Another source of salvage timber today is from the left-over stump removal from the old logging, which led to the discovery of tons of ancient buried Huon Pine logs; some dated 38,000 years old, and still intact despite being buried in the damp earth all the time.

Who Control The Stocks

It is estimated that the supplies of salvage dead timber will last for another 2 generations. This is due to the strict control done by Forestry Tasmania and the granting of only 3 licenses to cut Huon Pine sawlog.

We hope that future governments adhere to this policy – that these ancient giants in the remaining forests will be left alone in peace to carry on long after we have gone – and we can conclude that now is the moment to say “ hats off to Bob Brown “ for all he and his supporters had done to protect the remaining forests and wild rivers of South West Tasmania.

What Is Huon Pine Used For Now?

As the best boat building timber nonpareil, Huon Pine remains so today. For furniture making and cabinetry work, it is still much prized, especially the bird’s eye and figured timbers. Small artifacts,

homewares, souvenirs, and creative woodcraft of varied selection are still made out of this pretty unique tree. You can find selected design stores showcasing them around Tasmania. Check out Henry Jones Design, next to Hobart’s well-known art hotel, The Henry Jones to witness the beauty of these handcrafted rare timber products through your own eyes.